8 Best Motivational Speeches of All Time for Entrepreneurs

by Christina Hooper on April 11, 2020
in Business Strategy

The first steps of any new venture are the hardest. From opening your doors to signing your first client, building your team to hiring your first marketing agency — every choice you make has substantial consequences for your business.

Some choices could propel your business forward while others could set you back years or force you to close your doors.

Making these pivotal decisions is tough; that’s why entrepreneurs like yourself need to find motivation where you can.

Seek out advice and guidance from those that have come before you. Start by watching some of the best motivational speeches that we’ve ever seen.

“I went to college. I went and worked out 5 hours a day. And I was working in construction. Because in those days in bodybuilding, there was no money. I didn’t have the money for food supplements or anything.

So, I had to go to work. So, I worked in construction. I went to college and worked out in a gym. And at night from 8 o’clock at night to 12 midnight, I went to acting class 4 times a week. I did all that. There was not one single minute that I wasted.”

Arnold Schwarzenegger's speech was published on the Milligan Brothers YouTube channel on May 2, 2019. At the time this post was written, the video had already gotten more than three million views.

“Ultimately, we all have to decide for ourselves what constitutes failure, but the world is quite eager to give you a set of criteria if you let it. So I think it fair to say that by any conventional measure, a mere seven years after my graduation day, I had failed on an epic scale.

An exceptionally short-lived marriage had imploded, and I was jobless, a lone parent, and as poor as it is possible to be in modern Britain, without being homeless. The fears that my parents had had for me, and that I had had for myself had both come to pass, and by every usual standard, I was the biggest failure I knew.”

J.K. Rowling is a well-known name in almost every household, but there was a time when that was not the case. Before she achieved success with her Harry Potter books, she was rejected by several publishers and was in a bad state financially.

Facing bankruptcy and constant rejection, it would have been easier for her to give up, but she carried on. She didn’t let her failures stop her. She used them to push her closer to success.

You can find the text of her speech published in the Harvard Gazette.

#3:
Will Smith in Pursuit of Happyness

In this moving scene from the movie “Pursuit of Happyness,” Will Smith tells his son he can do anything. Smith plays a real-life character, a single father who is struggling to take care of his son throughout overwhelming adversity.

While playing basketball, Chris—played by Will Smith—finds himself doling out some harsh criticism to his son, but he quickly recovers. After seeing the discouraged look on his son’s face, he used his harsh words to deliver a motivational speech to his son that included admitting he was wrong for what he had previously said.

“And 17 years later, I did go to college. But I naively chose a college that was almost as expensive as Stanford, and all of my working-class parents’ savings were being spent on my college tuition.

After six months, I couldn’t see the value in it. I had no idea what I wanted to do with my life and no idea how college was going to help me figure it out. And here I was, spending all the money my parents had saved their entire life. So, I decided to drop out and trust that it was all going to work out ok. It was pretty scary at the time, but looking back, it was one of the best decisions I ever made.

The minute I dropped out, I could stop taking the required classes that didn’t interest me, and begin dropping in on the ones that looked far more interesting.”

Steve Jobs gave this speech in 2005 during the Stanford Commencement Address. He goes on to discuss how he fell in love with calligraphy by dropping in on a class teaching it. That one class is what later inspired him to develop typography and incorporate it into the Mac.

#5:
Al Pacino in Any Given Sunday

“I don’t know what to say really. Three minutes till the biggest battle in our professional lives, and it all comes down to today. Either we heal, as a team, or we’re gonna crumble.

Inch by inch, play by play, till we’re finished. We’re in hell right now, gentlemen—believe me. And, we can stay here and get the s_____ kicked out of us, or, we can fight our way back.”

Al Pacino delivers this inspiration speech in the movie “Any Given Sunday.” In this movie, the main character DAmato—played by Al Pacino—is trying to motivate the players on his football team to work together to win their game after they had suffered from three back-to-back losses.

“It used to be that in order to reach more people than you could talk to in a day, you had to be rich and famous and powerful, be a celebrity, a politician, a CEO, but that’s not true today.

Now ordinary people have a voice, not just those of us lucky to go to HBS, but anyone with access to Facebook, Twitter, a mobile phone. This is disrupting traditional power structures and leveling traditional hierarchy.

Sheryl Sandberg speaks to the Harvard graduating class of 2012 and tells her story of how she struggled to get on track with her career in the Silicon Valley back in 2001.

She explains how the timing was terrible because the bubble had crashed, and companies were laying people off. Sheryl goes on to explain how she overcame the challenges to get to where she is today.

“And it all started one day on a plane, on my way to TED, seven years ago. And in the seat next to me was a high school student, a teenager, and she came from a really poor family. And she wanted to make something of her life, and she asked me a simple little question.

She said, “What leads to success?” And I felt really badly because I couldn’t give her a good answer.

So, I get off the plane and I come to TED, and I think, “Jeez, I’m in the middle of a room of successful people, so why don’t I ask them what helped them succeed, and pass it on to kids?”

Richard St. John ​delivered this speech as his TED talk. The video was published to TED’s YouTube channel on January 6, 2007, and it’s gotten over 2.5 million views. In this video, he provides his secrets of success in 8 words, in 3 minutes.

“So, first of all, it’s different for everyone, but this whole notion of like, “where’s the time?” I just think people are loaded with excuses. I think that the vainer nation thinks they’re hustling, and straight to your face, I think 99.9% of you are not. Everybody has time, stop watching f_____ Lost…”

Gary Vaynerchuck’s Video “The Most Important Word Ever” stresses how important it is to utilize every single minute of your day to reach your goals by keeping up the hustle and never giving up.

Are You Feeling Motivated and Inspired Yet?

I hope you found these speeches as motivating as I did and that you’re ready to start your new venture with a renewed sense of energy and focus.

Just know that going forward, anything is possible when you set your mind on something, and you go after it with no excuses and a determination to succeed.

Don’t let failures hold you back. Failures help to propel you forward and put you on the right path by showing you the wrong one.

At Sparkitive, we know just how important having a well-thought-out and proven plan is to the success of your new service-based business.

That’s why we created a free guide that gives you the gift of a step-by-step plan you can follow to generate new leads and turn them into long-term, loyal clients.

Get your free copy of our guide now: Fast Track Your Business: The 5-Step Marketing Plan for Professional Services Firms.

FREE BOOK:
Discover How to Build a Marketing Plan in as Little as One Day! 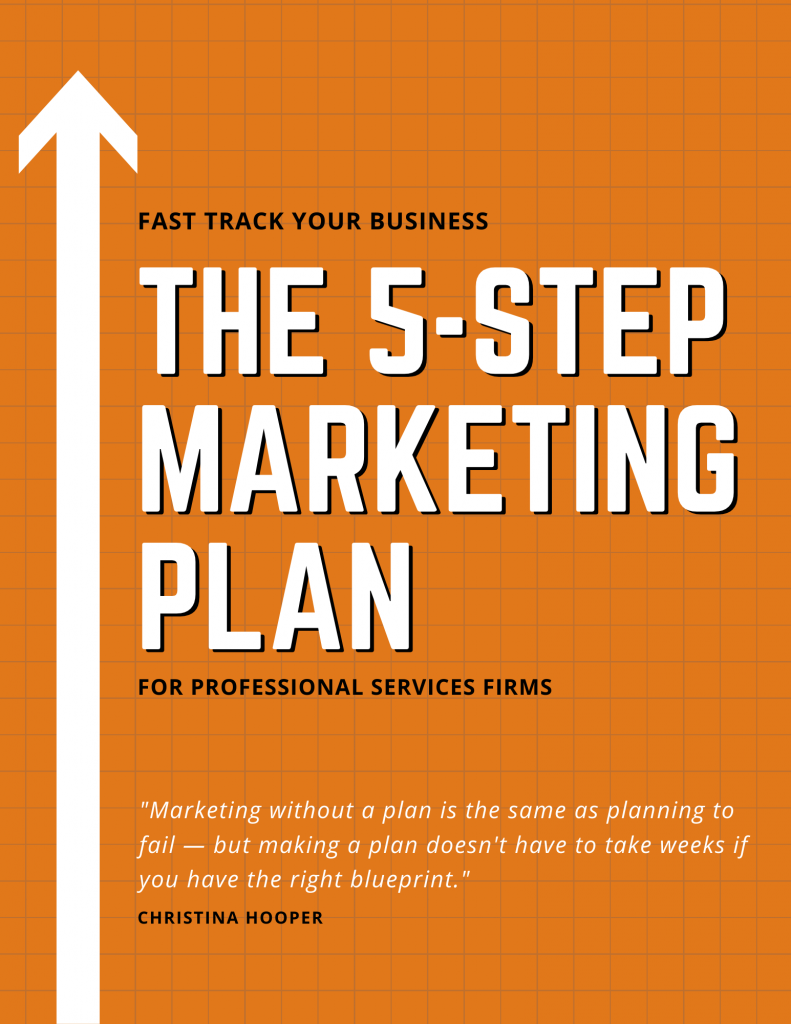 As a professional services provider, your billable time is valuable. You don't want to waste it on bad marketing tactics that won't yield the results you're looking for.

Do you want a reliable way to find the right customers for your business?

I just have a quick question.