COVID-19 Marketing — Adapt Your Strategy Instead of Stopping 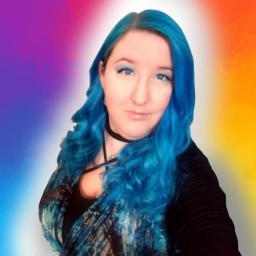 by Christina Hooper on April 3, 2020
in Business Strategy

Build a Marketing Plan in as Little as One Day 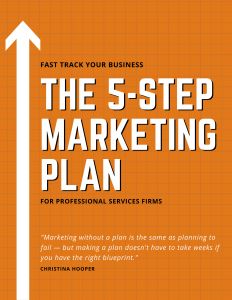 The economy is suffering and some businesses and industries are being hit hard. But your COVID-19 Marketing Strategy shouldn't be based on fear.

Disclaimer: I am NOT advocating fear-based marketing or shady sales tactics that prey on insecurities. I'm talking about holding true to your company values and continuing to serve your customers and prospects during this economic downturn.

Unless you are financially incapable of continuing marketing efforts, you shouldn't stop.

I know what you're thinking — I own a marketing agency, so of course I'm going to be biased. I won't deny it, my insider knowledge does help me feel confident in my advice that you shouldn't throw in the towel yet.

Companies that concentrate on their core business dramatically improve their odds of success in a downturn. About 95% of the companies that qualify as "sustained value creators"—those that maintained at least a 5.5% real growth rate in revenue and profit over ten years while earning back their cost of capital—are leaders in their core businesses. They not only perform better during expansions but recover faster when growth rebounds from an economic slump.

Essentially, the companies that get scared and stop investing in marketing efforts are the ones that recover the slowest when things start to rebound and go back to normal.

Normal may look different, but this crisis will end and you want to be one of the leaders at the end of it instead struggling to gain your momentum back.

Just because I'm advising that you continue marketing, that doesn't mean that you should forge ahead with everything that had planned out before COVID struck.

This pandemic happened quickly, so you'll have to adapt quickly.

Think about campaigns that you have been putting off because you didn't have time to work on them. While you're under quarantine or business is slower, get a head start on getting those campaigns together so they are ready to go as things turn around.

A single drop of good news in the middle of this pandemic could cause the market to shift back up almost as fast as it went down.

You need to be prepared to quickly change tactics and launch new campaigns when that happens.

Ask yourself how you can best serve your customers right now?

Do you want a reliable way to find the right customers for your business?

I just have a quick question.