By now it's safe to say that Pokémon Go has completely captured the nation's attention, and has users logging in unprecedented miles around their hometowns, looking for augmented reality creatures throughout the local landscape. In just a matter of weeks, Pokémon Go has swept the country faster than a wind-driven wildfire and already has more daily active users than Twitter.

As a small business owner, do you see an opportunity here? Your marketing department personnel should recognize that even a modestly creative campaign has the potential to drive enormous traffic to your business by capitalizing on this phenomenon. In this article, an overview of the game will be provided, and we'll offer some ideas on how you might take advantage of the tidal wave of interest in Pokemon Go, to bring in more traffic and more conversions.

Unless you've been in a dark cave somewhere for the last month, you already know that Pokémon Go runs off an augmented reality heads-up display (HUD) based on the real world. Game players have avatars which explore this world to catch the Pokémon wherever they happen to be, to collect rewards from PokeStops, and to battle other users at Gyms.

If you're lucky, your small business might be a designated PokeStop or Gym, because players will flock to your location for the rewards offered, and to battle other game players. With this kind of game status, you won't even have to do much in the way of marketing or promoting - traffic will come to you in droves, and all you have to do is be ready for the volume. You can even enhance your appeal to players by dropping Lures, which attract the Pokemon to your location and guarantee that a boatload of players will be sure to follow.

Capitalizing on the Pokemon Go boom

You're way ahead of the game if your small business happens to be located in an area that already has a lot of traffic, because lots of game players will already be hitting the sidewalks in your area, and now those walkers will be looking to capture more Pokémon. Even if you aren't in a busy commercial area, and your small business is not a PokeStop or Gym, there are still some ways you can take advantage of the Pokémon craze with clever marketing:

How long will the craze last?

Obviously, there's no telling how long the Pokémon Go craze will last, but without a doubt the current mania surrounding the game will not last forever. On the other hand, the original Pokémon game has been around for more than 20 years already and has demonstrated remarkable staying power.

The truth is, it doesn't even matter whether the craze lasts for six months or for six years – as a small business owner, you should understand that no marketing channel remains wildly successful for a long period of time and that you need to capitalize on opportunities while they're there.

With Pokémon Go, an enormous opportunity has been presented to small businesses to cash in, by attracting huge numbers of customers to your establishment. When all the excitement dies down, maybe a lot of those same customers will still have your small business in mind, because the engagement experience during Pokémon Go was so positive.

If you need help implementing some of these ideas, our team of Web Ninjas is more qualified for the task.  Our staff represents two Pokemon teams, and holds down several of the local gyms at any time... on top of being really good at online marketing 😉  So just get in touch to schedule a free consultation today!

Will you try some ways to make Pokémon work for you?

Let me know in the comments if how you plan to make the most out of this gaming experience. 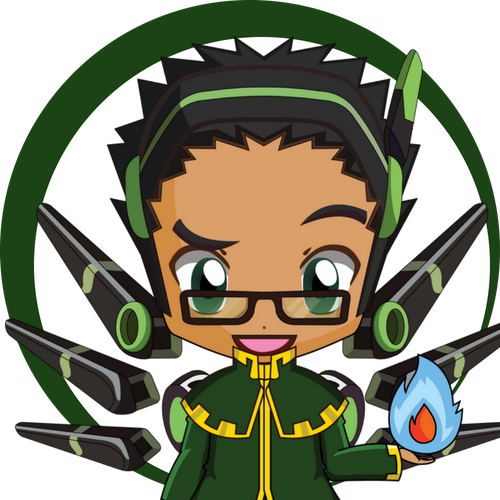 Growing up I saw the hard work my family put in day in and day out to give my siblings and I a better life style than they had growing up. They taught me that If there was anything I ever wanted in life I would have to work for it to earn it. I've taken their knowledge and hard work ethic to help me grow as a web developer.

I believe that if you want to be successful, you have to take the time and learn from people that have gone through the same road you have so you can learn from their mistakes and grow efficiently.

My mission is to help anyone who wants to succeed in life by helping them get there in what ever way I can.